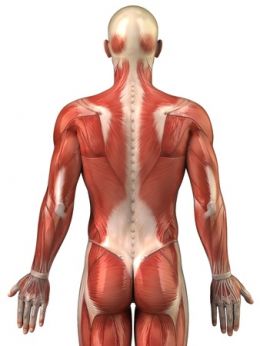 With the term fascia, it has been described as the soft tissue component of the connective tissue system that permeates the human body and forms a body-wide tensional force transmission system. The fascia is essentially made up of collagen and elastin fibres (as well as reticulum, which is immature collagen) bound together for a variety of tissues. You see fascia as the white fibrous stuff between the layers of muscle that makes up the meat of a fine steak when you try to separate it. It enwraps everything and anything in the body and it is argued that every part of us is fascia of a different form, for example bones are considered to be fascia that have been calcified and became thicker.

Stretching can be aimed towards different parts of the body and as with everything else, different aims require different actions.

It is recommended to perform stretching that involves motion to avoid isolating parts of the myo-fascial system. For fascial fitness there is a distinction between two kinds of dynamic stretching: fast and slow. Many people might remember the fast variation, as it was considered part of physical training in the past. For decades the bouncing kind of stretching was viewed as harmful in general but its benefits have been confirmed by recent research. Even though stretching immediately before competing can be counterproductive, it appears that in the long run, frequent use of such dynamic stretching can positively affect the architecture of the connective tissue, in that it becomes more elastic when correctly performed (Decoster et al. 2005).

Before starting such a dynamic stretch the muscles and tissues must be warmed up. Abrupt and jerky movements should be avoided. The acceleration and deceleration of the motion should be gradual and wave-like and the motion itself should be smooth and flowing.

To maximise the effects of dynamic stretching you can combine a preparatory counter-movement that is a brief motion to the opposite direction of the stretch just before executing the stretching motion.

This is to avoid isolating muscles and try to find and engage with the longest possible myofascial chain. By doing this you incorporate large areas of the fascial network at once. The movements can be spiralling rotations and/or sideways or diagonal movement modifications.

Manual treatments have found to be particularly beneficial for the facial system. One of the main ways to accomplish that is with the use of High Velocity- Low Amplitude thrusts (commonly known as the cracking techniques) as Kappler and Jones (2003) stated:

“As the barrier is engaged, increasing amounts of force are necessary and the distance decreases. The term barrier may be misleading if it is interpreted as a wall or rigid obstacle to be overcome with a push. As the joint reaches the barrier, restraints in the form of tight muscles and fascia serve to inhibit further motion. We are pulling against restraints rather than pushing against some anatomic structure.”

Also osteopathy in the cranial field has been promoting the concept of fascia as cranial manipulation techniques involve great attention to intercranial dura (meninges that anchor and surround the brain and spinal cord).