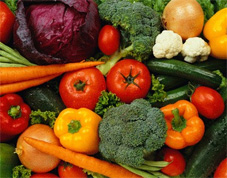 Which therapies can help?

This will involve support from family and friends, perhaps reaching out to a Counsellor too as diabetes and other chronic conditions are often linked with depression, stress and anxiety relating to the implications of living with the condition.

Meditation and light exercise will help, as will receiving detoxifying, therapeutic Massage therapy that will help alleviate both the mental and physical aspects.

Nutrition and Herbal Medicine can give you invaluable advice on getting the right nutrients, while giving pointers on maintaining a healthy diet.

Acupuncture has been used for many years in dealing with chronic pain and other chronic conditions like diabetes as itThis can help to re-direct energy flow and restore harmony to the body. In so doing, patients may feel more relaxed.

Acupressure Massage is another technique that involves placing pressure on strategic points in the body to produce similar effects to acupuncture.

Diabetes is a condition where the amount of glucose in your blood is too high because the body cannot use it properly.

This is because your pancreas doesn’t produce any insulin, or not enough insulin, to help glucose enter your body’s cells – or the insulin that is produced does not work properly (known as insulin resistance).

What is the difference between type 1 and type 2 Diabetes?*

There are three major types of diabetes: type 1, type 2, and gestational diabetes. All types of diabetes cause blood glucose levels to be higher than normal, but they do this in different ways

Type 1 diabetes can occur at any age, but is most commonly diagnosed from infancy to the late 30s. With this type of diabetes, a person’s pancreas produces no insulin. It occurs when the body’s own defence system (the immune system) attacks and destroys the insulin-producing cells in the pancreas. What causes the immune system to do this is not yet completely understood, but we are funding research to find out.

Type 2 diabetes is by far the most common type of diabetes – in the UK over 90 per cent of people with diabetes have type 2. Type 2 diabetes usually affects those over 40, or 25 if you’re of South Asian descent. However, it is becoming more common among young people due to lifestyle. The symptoms of type 2 diabetes are not always obvious and, unlike with type 1, they can take a long time to develop.

People with type 2 diabetes either don’t make enough insulin or don’t make insulin that the body can use properly. The cells in the body become resistant to insulin, making a greater amount of insulin necessary to keep blood glucose levels within a normal range. Eventually, the pancreas can wear out from producing extra insulin, and it may start making less and less.

Type 2 can usually be managed through diet, exercise, and self-monitoring blood glucose, at least in the first few years following diagnosis. However, type 2 diabetes is a progressive condition, and most people will need to take tablets and/or inject insulin after living with it for five to 10 years.

Up to a third of people who were initially diagnosed as having type 2 diabetes actually have latent autoimmune diabetes of adults (LADA), sometimes refer to as type 1.5. People with LADA have features of both type 1 and type 2 diabetes – their immune system attacks the cells of the pancreas that produce insulin, but they may also develop insulin resistance.

The destruction of the insulin producing cells is much slower in LADA than in type 1 diabetes. A blood test is needed to tell the difference between type 2 diabetes and LADA.

Some people can manage LADA on diet, exercise and tablets in the initial months or years following diagnosis. However, most with move onto insulin therapy at some point.

Gestational diabetes usually only affects women during pregnancy. This type of diabetes affects about two to five per cent of pregnant women.
Pregnant women produce large amounts of hormones, which can cause the body to become resistant to the effects of insulin. By the time a woman reaches the end of the third trimester, her insulin requirements have tripled. If the pancreas is unable to match this increased demand, blood-glucose levels start to rise.

In most cases, blood glucose returns to normal after pregnancy. However, women who have had gestational diabetes have a higher risk of eventually developing type 2 diabetes.

3.5 million people diagnosed in the UK and a further 549,000 who have the condition but don't yet know it, most of us know a friend or family member living with diabetes.

Most common symptoms of Diabetes include:

If you have any of symptoms of diabetes, you should contact your GP. It doesn’t necessarily mean you have diabetes, but it’s worth checking – early diagnosis, treatment and good control are vital for good health and reduce the chances of developing serious complications.