Blog - How your emotions affect your risk of Flu 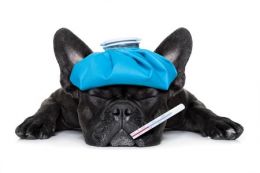 In 2003, Dr Richard Davidson and colleagues at the University of Wisconsin investigated the impact of emotions on flu risk. They asked 52 participants to recall the best and the worst times of their lives while having a brain scan. Next, the volunteers were given a flu vaccine and had their flu-antibody levels measured six months later.

Those who experienced particularly intense negative emotions (according to their brain scans) had fewer antibodies. In fact, the subjects who felt the worst made 50% fewer antibodies than those who were less upset by their painful memories. Davidson said, "It's absolutely likely that positive emotions can improve your immune function. People with negative emotional styles would be more likely to develop the flu." The risk of catching a cold had also been linked to emotions. Dr Sheldon Cohen and colleagues at Carnegie Mellon University studied over 300 healthy volunteers. Each was interviewed over two weeks to gauge his or her emotional state, with scores for positive categories (happy, pleased, or relaxed) and negative categories (anxious, hostile, and depressed).

Then the rhinovirus, which causes colds, was squirted into each participant's nose, and they were interviewed daily for five days about any symptoms. This showed that those scoring in the bottom third for positive emotions were three times more likely to catch a cold than those in the top third. Dr Cohen said, "People who express more positive emotions are less susceptible to upper respiratory tract infections than people with a negative emotional style. "I have spent most of my career and personal life trying to avoid or overcome bad things. I spend a lot more time now thinking about what I really want to do with my life, and where I'd like to go with whatever years remain."

Come and see our Nutritionist for Dietry advice, keep the body invigorated and stimulated with regular massage with either Shiatsu, Reflexology or Deep Tissue Massage, amongst many other relaxing methods.

Alternatively, a session or two of EMDR or Kinesiology can help keep on top of those emotions and keep your mental strength up...not to mention Hypnotherapy