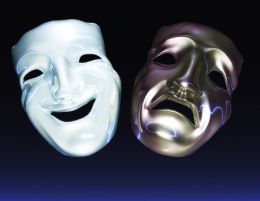 I'm struck by the number of people asking for help or advice about dealing with negative emotions such as anger, fear, hurt, guilt, etc. and thought that this short exercise might help. If you've suffered a great deal of emotional pain and hurt in the past, you may well be carrying around a heavy burden of anger and resentment against those who hurt you. Sometimes these feelings may have turned into anger and hatred against yourself - self-hatred, for example, is a common cause and symptom of depression. Let it go. Remember that the resentment you feel is producing harmful chemicals in your body and is probably affecting your view of the world as a whole. It doesn't alter the past in any way. Make a decision to release yourself from the past. If you can, forgive those who have hurt you. They were probably unhappy and confused themselves. By forgiving others, you are helping to heal yourself - and you're creating space in your life for more positive people to come in. You may not initially feel like forgiving, but what is important is your willingness to forgive.

This short exercise, practiced once a day, will almost certainly help you on that path: "Sit and close your eyes. Remember a situation in which you felt hurt, anger, fear, guilt or any other similar emotion. Put yourself back into that situation as if it were happening here and now. "Recall the details involved: how you felt, how your body felt. Now think of one person you would most like to tell about your feelings, but have been unable to. Imagine them there with you - visualise them clearly in every detail. Then imagine talking to this person and being able to freely and openly express whatever it is that you felt. Try to get the feeling you are actually talking directly to this person. "Examine how you feel in telling them. How do you see them reacting? Is it how you thought they would, or different? Now, however you have seen them reacting, change that to the opposite. Examine the differences you feel in yourself and their changes. Compare the two. "Now see yourself telling them and imagine that they react simply with love, forgiveness, understanding, sympathy - or whatever you would most care for in the situation. "Hold that image for a while, and then release it."