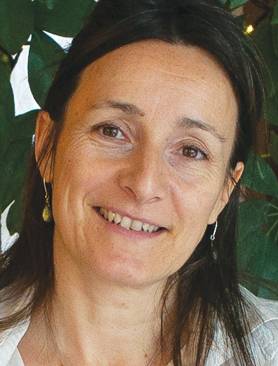 Nicola began her studies with a BA in Modern Languages at Cambridge University. The study of Contemporary European Literature led her to take an interest in Eastern Philosophy. After then spending time travelling in Asia with a long standing curiosity about different systems of Medicine, she decided to study Chinese Medicine. She trained for 5 years at the College of Integrated Chinese Medicine in Reading. The training at this college is fully recognized and accredited by The British Acupuncture Council. This combined studying Traditional Chinese Medicine with Five Element Theory and Chinese Patent Herbal Formulas. The basis of the training is a thorough grounding in the philosophy of Chinese Medicine with the art of Pulse and Tongue Diagnosis and what this reveals about the internal harmony of the body and mind.

She completed Post Graduate Training with Meir Schneider in San Francisco expanding her understanding of the body through massage, bodywork and self-healing exercises. She went on to complete various post graduate modules in scalp acupuncture with Dr.Zhu, specialist in Neurological disorders. She has extensive experience treating Fertility, and also practices Obstetric Acupuncture for Childbirth. She has completed Post Graduate training in both female and male Fertility Acupuncture, IVF Support, Pregnancy Acupuncture and Acupuncture for Childbirth.

Nicola's main inspiration has been studying and undergoing further training whenever possible with Jeffrey Yuen, 88th generation Daoist Master of the Jade Purity Yellow Emperor Lao Zi School. To date she has been privileged to study in the following specialist areas with him: Post Traumatic Stress Disorder, Gynaecology including fertility acupuncture and childbirth, and advance training in Pulse Diagnosis.

In January 2008 she set up the Haven Health Clinic with a view to find ways in which Complementary Therapists from different traditions could complement each other by working together. Nicola is a fully licensed Acupuncturist and adheres to a strict code of Safe Practice and Code of Professional Conduct.

Ever since I was a teenager, I’ve had problems with very irregular periods. I could often go for months without having a period. As a teenager, this didn’t worry me, as I had my whole life ahead of me. However, when I reached 30 and got married, my husband and I decided we would like to try to start a family, only to be faced with the problem of horrendously irregular periods. At one point I went for about 3 months without a period, making planning for a baby very difficult.

A friend of mine recommended acupuncture, which I decided might be worth a try, so at the beginning of December, I started seeing an acupuncturist, Nicola Renovich, once a week. I started my treatment in December and became pregnant the following February. Unfortunately, that pregnancy was not to be and I suffered a miscarriage in April. Although disappointed, I decided the best thing to do was to continue my acupuncture and returned for treatment a few weeks after my miscarriage. That month, my menstrual cycle was exactly 28 days long, which has never happened to me before. I know how long it was, because I became pregnant for the second time and that pregnancy has continued successfully, meaning that I am now 29 weeks pregnant.

I have absolutely no doubt that acupuncture contributed directly to my getting pregnant in a very short period of time and would recommend it to anyone!

I came to you (Nicola) for fertility support, after 2 years for trying for a baby. We sought medical help via the G.P.  And acupuncture alongside, at the time for both my husband and I.

For me, I felt our initial conversation was really significant to me, for the first time in my life I opened up about my ‘lifestyle’. I believed I was mad because I had to constantly live on Imodium tablets, sometimes taking 3 a day. When you suggested I remove wheat from my diet, initially I was reluctant, however it was my answer. I wasn’t mad after all, I conceived within six weeks to a healthy little girl and had an amazing pregnancy.

2 years 9 months later, we welcomed our second baby into the family and four months ago, we had our third baby. Whilst we had sought help via the medical route, all three conceptions were entirely natural and intervention free and we returned to standard midwifery care during the pregnancies.
I don’t know what happened during that time, all I know, I got more than the outcome I desired and still to this day, cannot entertain wheat.

That time was invaluable. I felt I was definitely doing something to improve the health of both me and my baby, which was in complete contrast to the scary things that were happening around us. I would (and do) recommend Nicola to anybody who can get to her for sessions, even five years on, I just recommended her to a pregnant friend this morning.

Nicola is an amazing practitioner. She’s calm, professional and confident and all of that oozes from her. Unlike experiences I’ve had with other acupuncture practitioners, I barely felt anything and had no unwanted side effects. 5 Years on & I still recommend her to everyone in Devon who asks me about acupuncture. Unfortunately I don’t live close enough anymore, or I’d be up there every week! I tried not to have any expectations beforehand but I was pleasantly surprised at how well it worked and how quickly – it was definitely a lifeline at that point, even though the conventional medics around me at that point were very anti complementary therapies. It brought my pain, blood pressure and overall anxiety level right down.

Involved in the teaching of human physiology for a number of years, I had a general interest in acupuncture, the fact that it did seem to be effective in certain situations and it's possible mechanism of action.

It was a year or two after formal retirement, that I began to get what were clearly arthritic pains in the joints of some of my fingers. These became sufficiently painful sometimes that I felt the need for some therapeutic action. Reluctant to use conventional anti-inflammatory durgs at this stage, I sought help through acupuncture on the basis that, if it can work (even if not for everyone), I would give it a try.

It has, in fact, been remarkably efective in easing the pain so that, althorugh it flares up a bit in cold/damp wiather, the level remains almost continuously low and largely almost insignificant. Subsequent problems with a knee joint have also been considerably eased by the same therapy.

I do recommend acupuncture to friends & associates as a possible way of easing joint problems (whilst making it clear that it does not always work for everyone).

I found the treatments which I had from you over many years were immensely beneficial in reducing the pain I was experiencing from the arthritis in my joints. This undoubtably helped to delay the time when surgical intervention for both my knee and ankle become imperative. This has greatly increased the chance of these prosthetics lasting me for the rest of my active life! So many thanks.

Having acupuncture has been such a positive thing for me and I would definitely have more in the future. Thank you!

I began treatment with many long-standing major problems and multitudinous minor ones. Felt completely disconnected and despairing of ever sorting it all. 4 months on, and it's still a work in progress, but feeling 'whole' for the first time in 20 years. Symptoms have consolidated down to only 3 or 4 discrete issues, and I'm now strong enough to be worked on at a deeper level to begin clearing what remains. I thoroughly recommend Acupuncture as a therapy, and Nicola as a Practitioner. She's cool, calm, knowledgeable - and listens. Very professional and well worth the 40 miles I have to travel to see her.

I expected to experience an improvement (I hoped relatively quickly) and fortunately this was correct. (I experienced) increased movement and pain reduction in my shoulder/arm (especially after my first treatment). Also painful wrist has been helped. (I'm) pleased with the improvement and it is also a relaxing experience. I would recommend the treatment to anyone with muscular pain like myself

I have been having acupuncture with Nicola for several months and find the treatments very beneficial on all levels...

Nicola has a warm and caring manner...I very much enjoy having acupuncture with Nicola and really look forward to the sessions each month.

I found Nicola most welcoming and put me at ease...I found the Acupuncture treatment effective and profoundly relaxing and would not hesitate to recommend it. I am looking forward to my next appointment.

Please describe what you came to have Acupuncture for:
Pain in back and right leg and headaches caused by living with constant pain. Frozen left shoulder due to lost right arm, meaning my left arm over working.

How did you benefit from treatment?
Like a wrecked car that has been fixed. Feel I have increased quality of life, happiness and well being.

How would you describe your overall experience of having Acupuncture with Nicola?
Although not expecting anything too positive in the beginning, I felt with no other options (have tried other treatments, such as massage and cranial sacral - they were good but not effective for my long term hopes) it was worth trusting Nicola as she is very calm and gives one a sense of empathy and without getting hopes up too much takes you on a journey to a place where your body gains a sense of balance - that had been lost in life before this treatment.

Did you experience any side effects to Acupuncture treatment?
Yes there were days when I felt worse worse as an effect of the treatment. But began to realise that energies within my body were moving and without getting too mystical there was the sense of blocks and darker energies being released somehow.

Please describe what you expected from Acupuncture treatment and whether the actual experience differed from your expectations in any way:
I had had acupuncture instead of pain killers whilst in hospital many years ago (it did cause a problem at the time as the NHS were not too familiar with the practise). However I was not expecting anything positive. My pain was such that just the act of actively attempting treatment was a form of distraction from much of the mental discomfort I was having. Like planning a holiday gets you through the days before a holiday.

How long ago was your last session, and how are the problems now that you first came to have treatment for?
Nearly 2 years ago. The specific problems were fixed (if this is the right term) in the sense that pain level is way down and easily managed without pain killers...

What did you value most about coming for Acupuncture Treatment?
The thought that there would be an end to the pain as well as an end to treating the pain...

Would you recommend Acupuncture with Nicola to anyone?
I have recommended Nicola to several people over the years. Today a friend with severe back problems caused me to visit this site to pass on Nicolas details. Hence reason for completing this questionnaire.

Acupuncture sessions with you Nicola, brought back to me a great sense of well-being following a sad and difficult period in my life just previous to my move to the West Country. This did so much to enable my smooth integration in the life down here. Thank you so much Nicola.